Run Windows and macOS simultaneously on a Mac

Design, develop and test on your Mac.
No need for a separate development machine. 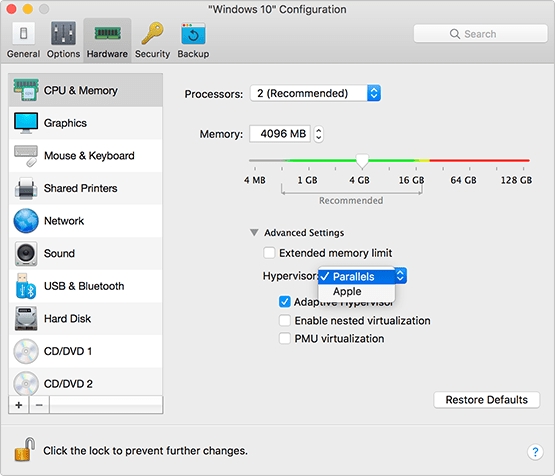 Designed with developers, power users, and other demanding professionals in mind. Parallels Desktop for Mac Pro Edition gives you more processing power, with up to 128 GB of virtual RAM allocated to your VM and up to 32 virtual CPUs.

Have Internet Explorer 9*, 10*, 11 and Windows version of Microsoft Edge right on your dev machine—and all running at the same time. Run incompatible browsers in separate installations of Windows in separate VMs. Plus, create a test environment across all of them simultaneously using your favorite web development tool (Dreamweaver, WordPress, Microsoft Expression and more) to make changes to your site. If you regularly use multiple IE versions, try out the Launch tool in Parallels Toolbox to launch them all at once and save time. (Parallels Toolbox is included with your purchase of Parallels Desktop Pro Edition.) 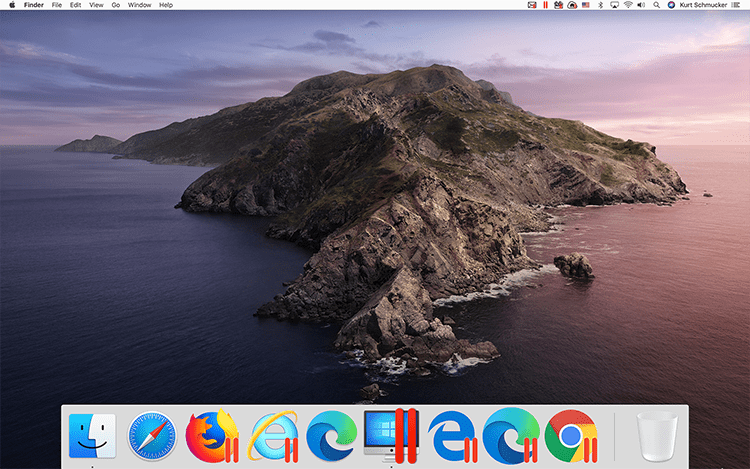 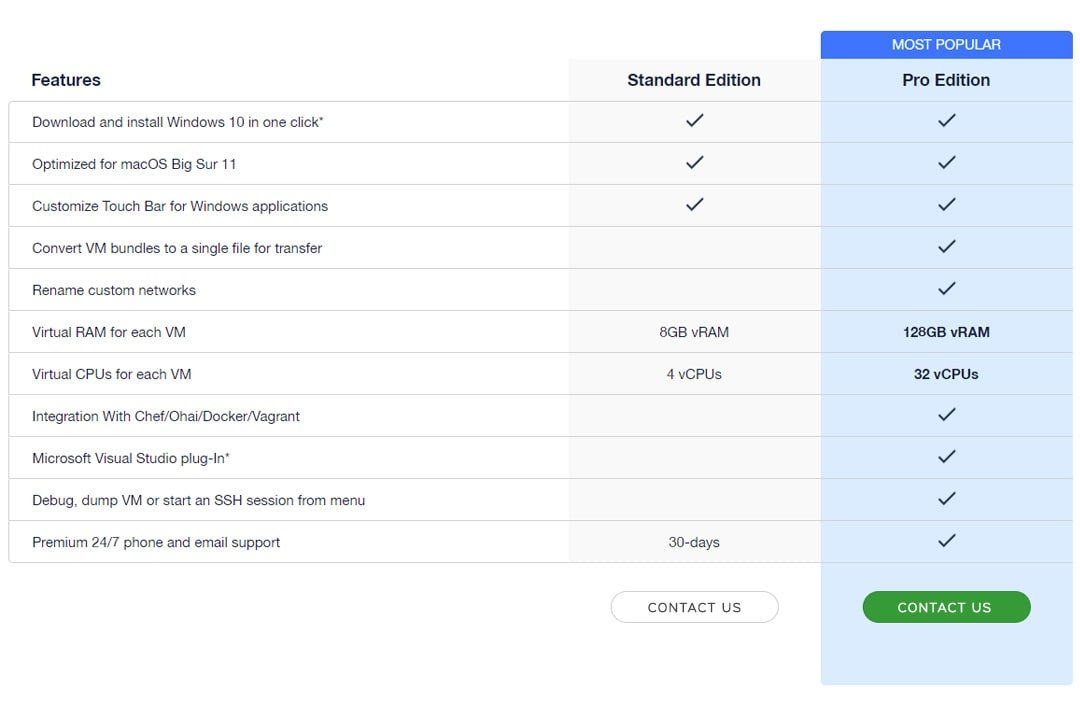 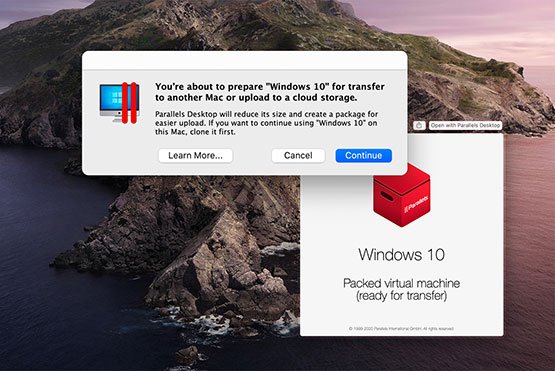 Save time and reduce the bandwidth required for uploading and transferring large virtual machine (VM) files by converting a VM bundle into a single file. Now it’s just an easy upload when transferring to a new Mac.

Access the Develop menu by selecting “Software Development” as your VM profile, or by enabling “Show Developer Tools” in your VM configuration. From the menu bar, select Develop> and choose from the following tools.

Quickly start an SSH session with your VM. This command requires an SSH server running on your VM; calls ‘ssh <vm_ip>’ command in Terminal. 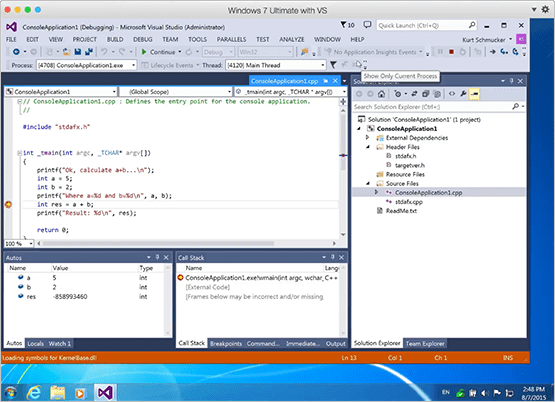 Debug in a safe, isolated environment. The Parallels plugin for Visual Studio enables you to develop software in one virtual machine and test it in others with just one click. To start remote debugging of your project, build the project and test it locally. Then click Parallels > Start Debugging in the VM and select the virtual machine you need.

Need Parallels Desktop for your team?

Download the ready-to-use environment in seconds. Save time with one command: Vagrant Up. If you use Vagrant Share by Hashicorp, grant access to your VM via SSH or HTTP.

Use (prlctl, prlsrvctl), to control Parallels Desktop for Mac and virtual machines, their settings, and configuration. Autocompletion for prlctl and prlsrvctl commands in bash.* Allow passing arguments to VM applications.
*bash completion should be installed on Mac.

Run your builds in VMs by initiating and managing with Jenkins. Build OS X and iOS apps with Jenkins and continuous integration (CI). With the Jenkins plugin, Parallels Desktop VMs are launched dynamically whenever they are needed to build jobs, and then suspended during idle time for high-density usage of resources.

Parallels Desktop provides nested virtualization support (Nested VT-x) that allows you to run Hyper-V and other types of virtual machines and emulators inside.

Quick identification for recipes created from within Parallels VMs.

Test a Beta OS or Update

Leverage future public beta OSs from Apple and Microsoft without risking your data. Install a beta macOS* or beta Windows release in a virtual machine safely on your Mac.

New update or upgrade released? First test it out in a VM. Save snapshots of a virtual machine. If something goes wrong, you can revert the changes back to any of your snapshots and continue working with the guest OS. Plus, the SmartGuard functionality in Parallells Desktop allows you to automate snapshots’ creation. 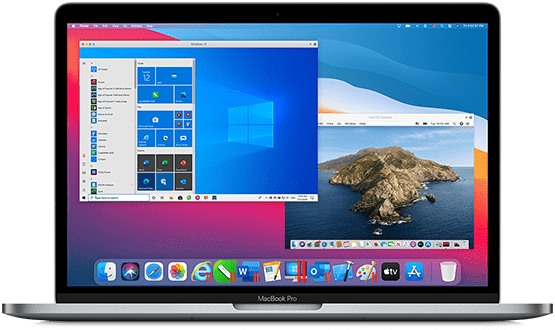 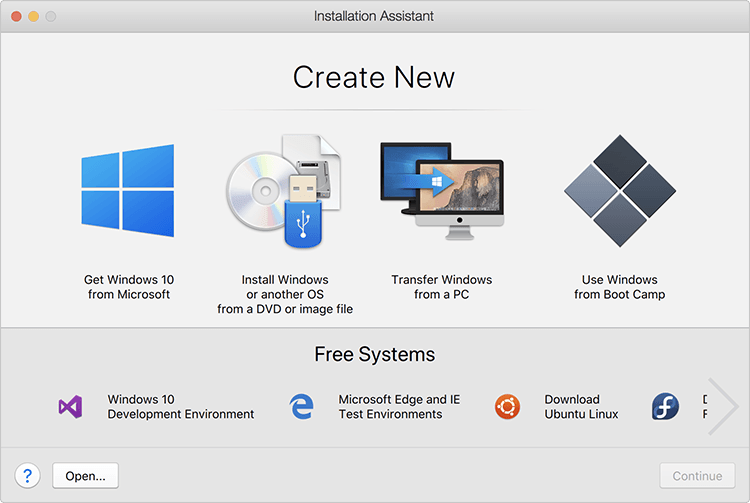 If you don’t have enough time to create a new virtual machine with the required configuration, you can download a ready-to-use one with a predefined configuration.

*Features that are only available on Mac computers with Intel processors are marked with an asterisk (*).

The most trusted desktop virtualization software for over 14 years!

Brought to you by WisdmLabs: WordPress Development Experts